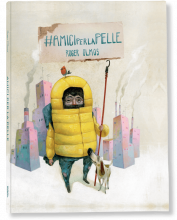 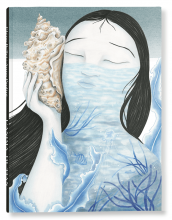 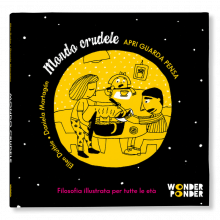 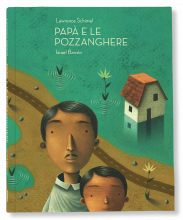 Michael Moore presents Planet of the Humans, a documentary that dares to say what no one else will this Earth Day -- that we are losing the battle to stop climate change on planet earth because we are following leaders who have taken us down the wrong road -- selling out the green movement to wealthy interests and corporate America. This film is the wake-up call to the reality we are afraid to face: that in the midst of a human-caused extinction event, the environmental movement's answer is to push for techno-fixes and band-aids. It's too little, too late.

On Another Planet - Rototom Sunsplash 2006

Directed by: Tommaso D'Elia
Direction assistant: Silvia Bonanni
Editing: Luca Onorati
Photography: Tommaso D'Elia, Silvia Bonanni, Jerome Nicolas, Gaia Ceriana
Executive production: Claudio Giust
Production: Rototom Sunsplash 13th edition
The film, shot during the last edition of the 'Rototom Sunsplash 2006' musical event in Osoppo (Friuli), shows us that there is a place where tolerance is a means of exchange, of communications, and a delivery of knowledges. It succeds in doing so thanks to many important witnesses, boys and girls who went to the festival, thanks to music and so on.
This is a reggae music festival with a strong social and communicative mark. It is the one and only in its genre in Italy, and one of fews in the world.
Francois Houtard (sociologist, he is one of the founders of the World Social Forum) and Renato Kizito Sesana (Combonian missionary in Africa) tell us how important is water; Father Andrea Gallo (who works at a Center for drug-addicted people in Genova) tells us the fight against the "black pedagogy"; Franco Corleone (FuoriLuogo/Forum Droghe former undersecretary at the Ministry of Justice) tells us the situation in the Italian prisons. Cindy Sheehan, mother of an American marine who died in Baghdad, is a very active pacifist; Domenico Leggiero who works at the Army Observatory of the Nassyria massacre; Giuliano Giuliani, Carlo's father: his son died during the riots against the G8 in Genova in 2001; and, finally, Leuren Moret, musical photographer and Mario Andolina, pediatrician from Trieste.
The film goes on with all the stories of Kia, RasMat and Rastaflat, from the Rototom Forum, which we follow in our working sites, while we are with our family and at the festival in Osoppo? and a lot of music with the Steel Pulse, the Africa Unite, Morgan Heritage, Zoe&Smoke, Groundation, Luciano, and many others.
Visit the site: www.rototomsunsplash.com

Eric Hufschmid - An analysis of the September 11 th attackFACTS ABOUT:
WTC BUILDING 7
THE PENTAGON ATTACK
THE WORLD TRADE CENTER TOWERS
A video supplement to the book Painful Questions by Eric Hufschmid
As the shock of 9/11 begins to wear off, we realiza the events of that day do not add up. How did...
Osama pull off such a devastating attack?
Steel buildings collapse and crumble into dust?
An unseen jetliner hit the Pentagon?
Inept pilots fly huge planes without guidance?
Examine the answers to these and other questions in this powerfully analyzed, scientifically accurate presentation. Eric Huschmidleaves no stones unturned. Think about his facts and draw your own conclusions.
Visit:
www.HugeQuestions.com
www.erichufschmid.net