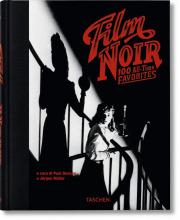 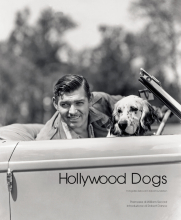 ArcoirisTV
2.9/5 (10 voti)
Condividi Segnala errore
Riproduci solo audio:
Arcoiris - TV
European consumers aren?t full aware of the advantages to be gained by new and efficient electric appliances. In view of the up-coming Season shopping, when buying new appliances, it is essential for the consumer to be able to make a well-informed choice. The industry, pushed by the European Commission, has invested in products able to provide a high performance while reducing the environmental impact. Efforts should come from the industry, the consumers, but also from the public administration. The European Commission will propose in January 2007 the Strategic EU Energy Review, also known as the EU "Energy Package". This review will put forward an alternative energy scenario for the EU that is in line with the EUÂ´s long-term climate change objective.Domestic appliances like washing machines, dishwashers, fridges, televisions and DVD players consume almost as much electricity every year as all of the EU?s factories, offices and industrial plants put together. Energy use is responsible for nearly eighty percent of the EU?s greenhouse gas emissions, and a high amount of the energy consumed in Europe today is quite simply wasted ? around twenty percent according to the European Commission. One way to reduce the amount of energy we use at home to is to replace older domestic appliances with new, energy efficient models.
Intelligent shopping: energy efficient appliances: TV pictures offered free of charge and copyright free. The European Commission is making available a video report illustrating how some energy efficient initiatives initiated by the European Commission such as the EU energy label have come about. The video also shows how to choose performing domestic appliances that can offer considerable savings on electricity bills. We will also see representatives from European domestic appliance makers speak in the video about the industry?s efforts in putting in the market more energy efficient products. Finally, the video shows also how domestic behaviours, such as turning the lights off on time or turning off the coffee machine after you have made the coffee contribute as well to the energy saving. This VNR has been produced by the European Commission?s DG TREN in the framework of the campaign Sustainable Energy Europe 2005-2008. The aim of this EU initiative is to raise public awareness and promote sustainable energy among individuals and organisations, private companies and public authorities, professionals and energy agencies, industry associations and NGOs, across Europe.
Interviews:Andris Piebalgs, European Commission, European Commissioner for Energy
Paolo Falcioni, International Technical Affairs Energy and Networking Manager, Indesit Company
Geert Neckebroeck, Sustainable Energy Expert, ?Voor Moeder Aarde?, member of Friends of the Earth International
Mark MacGann, Director General, European Information & Communications Technology Industry Association (EICTA)
Danny Van Roijen, Pioneer
Visit the site: www.mostra.com
Download subtitles: