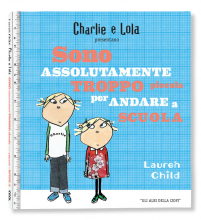 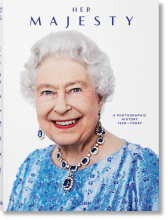 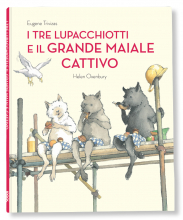 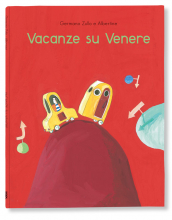 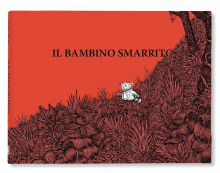 -Limits of current PET (or PET/CT)
-Solution to the problem: the 3D-CBS (A device for early detection with high sensitivity, low radiation, low examination cost - ADVANTAGES-).
-Innovative Characteristics of the 3D-CBS technology
-Validation of the advantages and of the feasibility of the 3D-CBS technology
-Obstacles to the realization of the advantages for everyone
Crosetto's DONATION of the income from his patents for the patients' benefit
-Market: Roles of the parties involved (Investors, Donors, Gov., Patients)
-Public REVIEW: The key to transfer the benefits to the bed of the patient
-FORMULA to obtain advantages for the patient and for all
-Guarantee offered to all parties involved
-Questions and answers
Visit the site: : Introduction. Thanks to sponsors
: Presentation by the inventor. Objectives: Defeat Cancer with early detectionSignals that show cancer development
: Specific questions on social & technical objectives, innovative elements, advantages and obstacles
: Round table

-Opening of proceedings. Introduction of guests of honor (Prof Luigi Marrelli)
-Introduction of review, thanks to sponsors (Dr Vincenzo Vigna)
-Introduction of questionnaire, which completes phase 1 of the review, and description of phase 2 to compose, with the contribution of external specialists and the public, the final report (Dr Vincenzo Vigna)
Visit the site: : Presentation by the inventor. Objectives: Defeat Cancer with early detectionSignals that show cancer development
: Presentation by the inventor. Limits of current PET, solution, FORMULA, guarantee, Q&A
: Specific questions on social & technical objectives, innovative elements, advantages and obstacles
: Round table

The European Commission and the pharmaceutical industry are entering into a pan-European strategic alliance to fund research in the health sector and accelerate the discovery and development of innovative medicines. This collaboration will bring together stakeholders on all levels to share knowledge and results. The benefits for patients will be significant, as it will further contribute to removing bottlenecks in the drug development process, thus providing patients with better medicines, faster. The boost in competitiveness could also be significant as resources for biopharmaceutical R&D conducted in Europe will be maximised.
A new video report from the European Commission’s Directorate General for Research explains the aim and focus of the Innovative Medicines Initiative (IMI) through an animated explanation of the drug development process. This is supported by statements of the IMI Founding Members and stakeholders, such as representatives from academia, patient organisations and SMEs.
Global R&D expenditure in the biopharmaceutical sector has steadily increased over the past 10 years. However, this has not been accompanied by a corresponding rise in the output of new medicines. The high failing rate of medicine contributes significantly to this declining productivity. Moreover, such failures are costly and the price tag of developing new drugs can be as high as €700 million, including the cost of failures.
IMI is a public-private partnership between the European community, represented by the European Commission, and the pharmaceutical industry, represented by the European Federation of Pharmaceutical Industries and Associations (EFPIA).The European Commission and EFPIA will each contribute €1 billion, resulting in total funding of €2 billion, for this groundbreaking venture. Funding from the European Commission’s FP7 will be dedicated exclusively to public sector participants and SMEs, with the biopharmaceutical industry contributing €1 billion in R&D resources.On April 30th 2008the European Commission in Brussels will hold a technical briefing, where the scientific priorities of the Innovative Medicines Initiative (IMI) for 2008 will be presented for the first time. Interviews: Arthur Higgins,President EFPIA - European Pharmaceutical Industries Association CEO Bayer HealthCare
Pierre Rocmans,Kiki’s husband (Kiki is suffering from Alzheimer's disease)
Sabine Henry, Vice-chairperson of Alzheimer Europe
Jonathan Knowles, Chairman of the IMI Governing Board; Head of Group Research, Roche
Carlo Incerti, Member of the IMI Governing Board; Head of R&D Europe, Genzyme
André Michel, President of Aureus Pharma
Simon Lovestone, Director NIHR Biomedical Research Centre for Mental Health – King’s College London
Octavi Quintana Trias, Former Director Health, DG Research, European Commission
Irene Norstedt, Head of Sector, Implementation IMI, DG Research, European Commission Visit the site: www.mostra.com
Download subtitles:

Healthy Workplaces. Good for you. Good for business

Each year in the European Union, 167,000 deaths are attributable to work-related accidents or illnesses, and the number of occupational accidents which result in over three days off work is estimated at 7 million.
Small and medium businesses feature prominently here, as they alone represent 82% of the total number of occupational accidents and 90% of the total number of fatal accidents. The construction, farming, transportation and health industries are among the sectors most affected.
Apart from the sometimes tragic individual consequences, the loss of earnings to employees and employers is considerable. The loss of income linked to work absences in fact costs European workers around a billion euros a year. As for employers, they have to bear the costs associated with sickness benefit, the replacement of absent staff and a loss of productivity, a good part of which is not covered by insurance.
Work-related illnesses and accidents are thus a heavy burden for the entire European economy.
Improving workers’ health and safety is therefore a key element of the objectives in the area of growth and employment for the European Union. Improving health and safety at work is in effect supporting the growth and competitivity of each business, and therefore of the whole European Union.
This is just what the campaign by the European Agency for Safety and Health at Work (EU-OSHA) is about, concerning risk assessment within every business. Indeed, assessment means raising awareness and bringing about accountability in employers in dealing with the possible dangers present in their businesses. While assessment is a simple approach that requires no special skills, what is at stake is considerable: it represents the first step in an occupational illness and accident prevention policy within each business. This campaign is an integral part of a much wider approach by the European Commission: a five-year strategy which is aiming for a 25% reduction in occupational accidents by 2012. Interviews: Doctor Pascal HUYGHE, occupational health doctor – MSA (farmers’ mutual insurance fund), Département du Nord, France
Géry DECOCK, farmer - Nomain - France
Viviane DECOCK, farmer’s wife - employee
Katharina VON SCHNURBEIN, spokesperson - Employment and Social Affairs – European Commission
Agnieszka MŁODZKA-STYBEL, engineer – Centralny Instytut Ochrony Pracy – Focal Point OSHA
Krzysztof KOWALIK, director, Prevention and Promotion Department- National Labour Inspectorate
Felix WALTERS,director of a power station
Ulrich TIX, occupational safety inspector – BGFE (German professional association of precision mechanics and electro-technology) Visit the site: www.mostra.com
Download subtitles:

Why 112?
As European citizens are increasingly travelling to other countries, for holidays, business or pleasure, there is a need for a single number, identical across the European Union (EU), to call in an emergency. Instead of having to remember several different numbers, citizens now need only one, wherever they go.
What happens when you call 112?
People calling 112 are connected to an operator. Depending on the national civil protection services, the operator will either deal with the request directly or transfer it to one of the emergency services(ambulance, fire brigade, police). In many cases, operators are able to answer in more than one language.
What can people expect from 112?
EU Member States must ensure that any user of a fixed or a mobile phone is able to call 112 on their territory. In addition, 112 calls must be appropriately answered and handled. In practice, this means that these calls should be treated in the same way as calls to other (national) emergency numbers. The quality of response to emergency calls should be the same, irrespective of whether a national number on 112 is used. Emergency services need to know where a person is calling from. This is particularly important for calls from mobile phones, as the caller, especially in an emergency, may not know exactly where he or she is.
All EU countries are required to inform citizens (nationals and visitors) of the existence of 112 and in which situation people should call. Interviews: Fabio Colasanti, European Commission Director General for Information Society and Media;
Patrick Dispa, 112 Centre Co-ordinator, The Netherlands
Olivier Paul-Morandini, European Emergency Number Association (www.eena.org)
Guy Bley, 112 Grand-Duché de Luxembourg (interview within the B-ROLL) Visit the site: www.mostra.com
Download subtitles:

Natura 2000: man and nature go together

The existence of many of these species is today at risk. The red list of the International Union for the Conservation of Nature and Natural Resources includes over 800 animal species and 180 plant species in Europe that are slipping at various rates down the slope towards extinction. This is the case for half the species of mammals and a third of the species of reptiles, birds and fish. 79 European animals are "in serious danger of extinction", which means that it may prove impossible to maintain them in the wild within the next ten years: such is the case for the European sturgeon, the Mediterranean monk seal, the saw-fish, the leatherback turtle, the pardel lynx and many species of molluscs.The disappearance of species each day from the surface of the globe is a phenomenon known as "erosion of biodiversity". This process is happening in Europe. One way of helping nature to regain all its genetic richness is to protect the habitats of threatened species, notably by developing a network of protected natural areas.In 2004, the European Union initiated a network of protected sites called Natura 2000. But protection is not synonymous with the creation of sanctuaries. The objective of Natura 2000 is to maintain the ecological equilibrium of each site. To achieve this, the intervention of man, who has shaped nature since the Neolithic era, is often necessary, particularly in forested or rural areas. For example, meadows must be maintained by grazing cattle, water levels in humid zones must be maintained through aquaculture or rice growing.It is essential to preserve European biodiversity. This is not a question of aesthetic luxury; it is a necessity. The erosion of biodiversity is the sign of a breakdown in natural equilibrium. Man also depends on this equilibrium, which ensures the good quality of the agriculture and fishing that feed him, of the water that he drinks and the air that he breathes. Protecting habitats thus often involves the restoration of this natural equilibrium essential to man's well-being. Interviews: Patrick Murphy, European Commission, DG ENV, Nature & Biodiversity;
Jurij Dobravec, scientific expert, Triglav National Park, Slovenia;
Klemen Langus, director, Bohinj Tourist Office, Slovenia;
Marika Kose, head of projects, Luitemaa Nature Reserve, Estonia;
Ene Hunt, farmer in the Luitemaa Nature Reserve. Visit the site: www.mostra.com
Download subtitles: